We didn’t get everything we wanted growing up, but we had everything we needed, and then some. We want kids growing up today to have bright futures and wonderful childhoods to look back on tomorrow.

We’ve worked with and donated to many amazing charities over the years, including the Make-A-Wish Foundation, St. Jude Children's Research Hospital, National Adoption Center, Childhelp USA, and CareNet, but one has had a special place in our hearts since before we were even married. 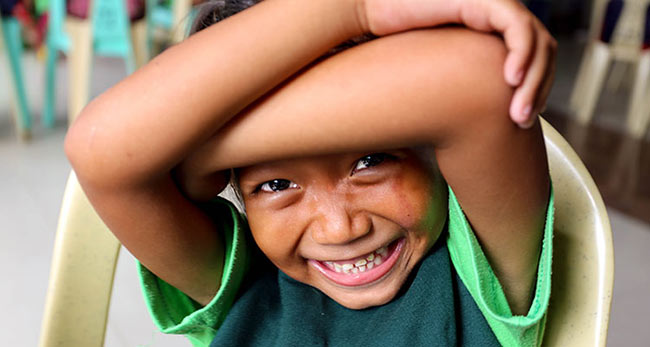 Our relationship with Compassion International began in 1997, when Kim was 19 and Jason was 21. We’d been dating for two years when we went to a Third Day concert in Peoria, Illinois. During the show, the band talked about their involvement in the life-changing work of this remarkable charity, which has the mission of releasing children from poverty in Jesus’ name. We’d heard about Compassion before, but that night something really moved our hearts in a profound way. We felt called to step out in faith, even though it didn’t make a lot of sense. After all, we were broke college students, with mounting student loan debt and minimum wage jobs. Back then, eating at Pizza Hut was a typical date night and splurging on concert tickets was a real indulgence. In retrospect, our relative pennilessness was the whole point. God would provide; He was simply asking us to trust him.

“Whoever receives one child such as this in my name receives me.” - Matthew 18:5 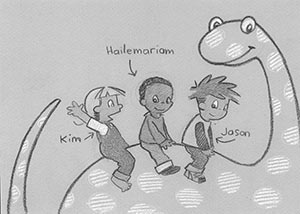 Hailemarian was the three-year-old from Ethiopia that we decided to sponsor together. Over the next 18 years, we exchanged letters and pictures and saw this innocent preschooler develop into a young man with hopes and dreams and a future. We wrote to tell him when we got married, we shared about our work with Escape Adulthood, and of course when Lucy was born. On birthdays and Christmas, he received gifts that he needed and wanted with the money we sent. He was able to attend Sunday school and learn about Jesus’ love for him. After nearly two decades, he eventually graduated out of the program. The experience changed our life just us as much (if not more) than it changed his.

In 2007, we had the opportunity to visit and tour the Compassion International Headquarters in Colorado Springs. It was a truly moving experience and affirmed that what's happening there is truly God’s work. We were humbled by the stories shared and our hearts were moved yet again at what is possible when someone says yes to the call of helping someone in need.

“It is not the will of your heavenly Father that one of these little ones be lost.” - Matthew 18:14

We now sponsor three kids (Mitzy, Allan and Rosa) who are the same ages of each of our kiddos. (Two of them share the same birthdays!) We pray for them daily and they have become like long-distant cousins across the globe. Our kids love learning about their home countries and picking out pictures to send them.

One of the things we love most about Compassion is the close relationship that you are able to forge with your sponsored child. Being able to regularly exchange letters and photos is so cool. We also appreciate how Compassion addresses all of the needs of the child, including physical, social, economic and spiritual, in order to truly transcend a legacy of poverty. 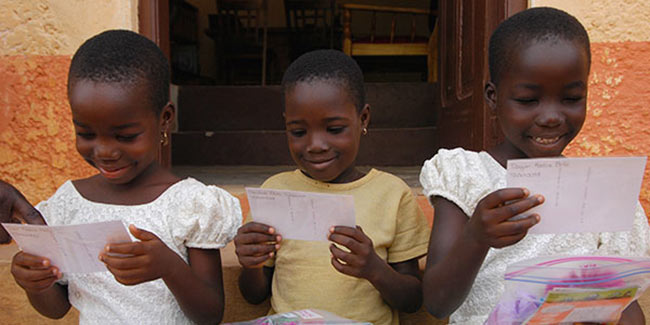 Many companies donate a portion of their profits to great charitable causes. We wanted to be one of them. The only problem was that in the early days, we weren’t actually profitable. Refusing to allow that little detail to keep us from making a difference, we decided to begin donating a percentage of our actual top line revenue, before taxes and expenses were taken out. That started back in 2002, with 3% of all product sales going to charities that help meet the needs and improve the lives of children all over the world. We eventually added revenue earned from speaking programs into the mix, increased the percentage to 5%, and have since focused primarily on our relationship with Compassion.

Your support of Escape Adulthood is helping to save childhood for kids all over the world! Thank you!